Sooner or later, every business or institution will be faced with the question: Shouldn’t we reach out to the media? Include media relations in our efforts to reach our target audiences? Make our voice heard in print and online, maybe even on radio and TV?

For well known brands and big names, that question has long since been answered. Because they don’t really have a choice. For them, any effort to avoid media contact actually raises questions. It’s sort of like dealing with your neighbors: You don’t have to be friendly – but it certainly speaks for you if you are. With the media, a good relationship can actually be quite useful. But that’s not really the point.

If you have been pondering the question “What about media relations?” – read on. We won’t answer the question for you. But our thoughts might help you decide.

“Why?” is certainly a valid question. Because you have other options to get your messages out. First and foremost advertising and PR. Letters, flyers, ads or events: There are countless ways to reach out to your audience. And, best of all, you control the how, when and where.

However: This high level of control comes at a price. Literally. Advertising and PR are budget driven. Ad placement, printing and distribution are obvious cost factors. But what about effectiveness? What looks compelling on the page or screen took some strategic thinking and a bit of creativity. Which again come at a price.

You don’t need media relations to reach a lot of people. But be prepared to spend some money.

Let’s briefly mention the information landscape in which our messages need to stand out. The internet has turned a nicely tended garden into a virtual jungle. Anyone who wants to make themselves heard – can. Setting up  your own homepage is no big deal, and feeding social media channels even less.

Getting content out on the internet is fairly cheap. But there is a significant drawback: Information overload. Your average European adult processes some 6,000 information units per day. Which is both helpful and not. Even simple buying decisions have turned into extensive market research exercises. To leave consumers just as confused as before, only on a higher level.

We don’t need media relations to reach people. The question is: Can we convince them?

And that brings us to the issue of credibility. What’s the point of flashy PR or advertising campaigns, of high pitched online publicity, if the consumer simply moves on? Or chooses to ignore? Even doubt?

German consumers are known for their skepticism. But there is one information source that continues to command significant respect and credibility: High level media. Firmly established national, regional and local newspapers, a small group of weekly news magazines, and state-run television stations. If the goal is not just to be “out there” but to be heard, understood and believed by Europe’s German speaking audience, then media relations are the method of choice.

It’s nice to know that effective media relations won’t break the bank. But more important is something else.

Media coverage is not advertising for free. And there is no secret recipe to reaching out to the media, not in Germany and not in any other democratic country. Except understanding that smart people will look at our release and decide whether it is relevant. For them. For their audience. Which means the term “relations” is best taken seriously.

Any editorial team worth its salt will want to assure that the facts are correct, that the presentation is appropriate and the subject relevant to their readers, listeners or viewers. Which means that any news release is an implicit invitation to discuss. To verify or clarify, expand or simplify.

A journalist might be new to the topic or surprisingly well informed. Either way they are apt to be quick thinkers blessed with a generous dose of common sense – and thus refreshing to talk to.

Which means that a commitment to media relations is also a commitment to transparency and openness. That might sound a bit risky, but the internal side effects can be quite beneficial. Because once the date for the media briefing or interview or visit is fixed, open questions have a tendency to be answered and pending issues resolved.

Put another way: A commitment to proactive media relations increases an organization’s sensitivity to irregularities and promotes relationships with interesting professionals. Such acquaintances can be very gratifying when the sun shines. And downright priceless when things are difficult.

Check your arguments – and prepare to listen

Journalists are best regarded as representatives of a broad, moderately informed public. Which means that media relations tend to have a positive effect on diligence and discipline.

Consider the basic requirements of a professional media release or briefing session. The messages are expected to be clear, credible and relatable. Ideally, they will point the way towards a consensus. Which makes the preparation of such a media release or briefing session a quality check in its own right. And potentially helpful in internal opinion forming processes.

This might be a good time to mention that – in professional media relations – there is no such thing as “off the record”. If a fact or opinion cannot be attributed to a source, it is best left unsaid. Period.

Sounds simple, but then there is reality. In which experts generally know much more than is reflected in a media release or briefing presentation. Superior knowledge which some experts will have a desire to share.

Then there is the sense of relief that usually sets in once the official part of a media briefing is over. Because the journalists were, well, quite human actually and the questions interesting. But even now: There is no such thing as “off the record”. Not even among new-found friends.

The relaxed atmosphere that can follow the official part of a media meeting is a perfect opportunity to reverse roles. To ask questions, solicit opinion. Ideally about matters of shared interest that have little if anything to do with today’s event. Our journalistic counterpart probably spoke to a competitor last week, recently attended a round table hosted by the Chamber of Commerce and is a frequent guest in city hall. To show an interest in his or her insights and observations is a compliment of sorts. And the outcome can be quite enlightening.

Media relations: An investment into reputation

There is image, and there is reputation. An image can be created in countless ways.  And its ok to suggest that life is better with a carbonated brownish beverage, that a certain perfume makes you irresistible and your car signals who you are. Media relations can help build a certain image. But above and beyond everything else, a dialog with the media – and thus the public – will serve to establish and foster a reputation. Based not on images and suggestions, but on consistent experience, both good and bad.

Consistency is thus a vital ingredient of successful media relations. Both with respect to facts and the values that shine through as well as the underlying commitment to transparency and openness. In media relations as elsewhere, fair-weather friendships don’t last.

And, as elsewhere, there is such a thing as grace under pressure. To uphold values when times are difficult, to remain open and forthright when something has gone wrong, can be, in a crisis, the basis for understanding and maybe even trust.

Identifying interesting content, shaping a story; defining target groups, channels and means of distribution; preparing for questions and challenges – these media relations basics are routine in most large organizations, managed by pros. Where experience is limited and internal resources scarce, a small external agency can be of much benefit. For several reasons.

Starting with ‘identifying interesting content’. Most agencies are well familiar with the ‘well actually there is nothing really new’ opening. Which is usually proven wrong in less than 30 minutes. You are training youngsters? Your industry is undergoing a transition? Your products and solutions address a mega trend: Climate, sustainability, nutrition? Mobility, education, integration?

As an external service provider, we might initially need a little help understanding the finer points of your business. But we are coming to you with an external perspective and an open mind. With a sense for interesting content. Honed in years of experience.

Then the question of form. News release or speech, presentation or interview: Media outreach can take on many forms. Each has its own opportunities and requirements. When to opt for which? Can we visualize the topic? Who can we quote, with what? Audio? Video? Background?

With the “what” settled we decide the “how” and “when”. Ask the right questions and you are half way home.

As any other profession, media relations benefit greatly from diligence, accuracy and a dedication to detail. And that’s what you can, what you should expect from an agency. If that agency pairs lots of experience with lean structures and therefore attractive rates: All the better.

Do you want to establish or intensify a relationship with the media in German speaking markets? In your region, in your area of expertise? You are looking for an experienced partner to support strategic direction and execution? Any efforts on our part will be driven by your needs. Give us a call to discuss. No strings attached. [icon name=”phone” class=”” unprefixed_class=””] +49 221 9984630 or using our contact form.

We look forward to hearing from you 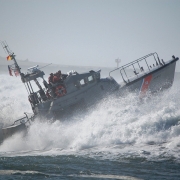 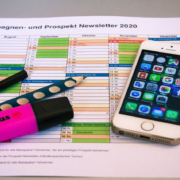 Can we help you?

Feel free to get in touch. We will be happy to support your efforts.